Having just returned from CA I had to post about the amazing Elephant Seals we saw at the ocean near Hearst Castle outside of Cambria, CA. The seals return to this same beach every year. The females arrive in January to birth their calves. We saw many, many mother nursing their babes. The parents are brown and the new pups are all black. Many of the males were bloody from their fighting because apparently as soon as the babes are born the males are ready to hit it again so they fight over the MILF’s. And these males can weigh up to 2 tons – impressive! The hand out shared that the action really heats up around Valentine’s Day – when the real mating season begins. We all really enjoyed seeing the moms curled up with their pups. All the seals look dead on the beach – but they were just lounging. 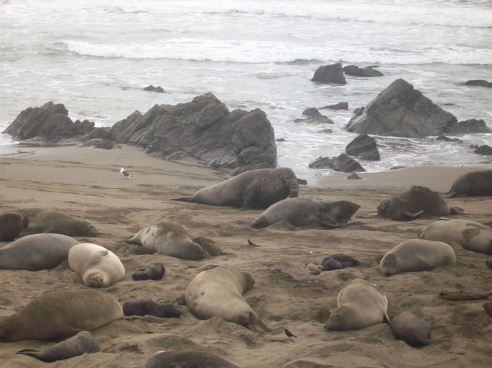 They look so gentle

A beach filled with the elephant seals 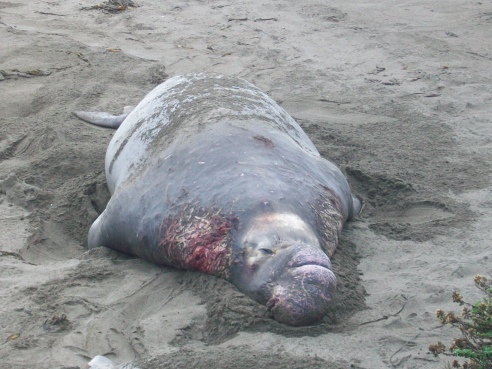 A bloodied male - recovering from a fight 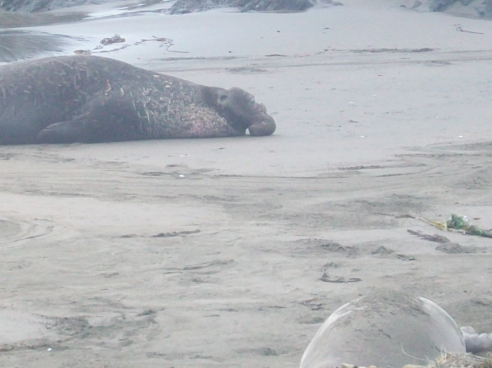 The head male - keeping an eye on his beach 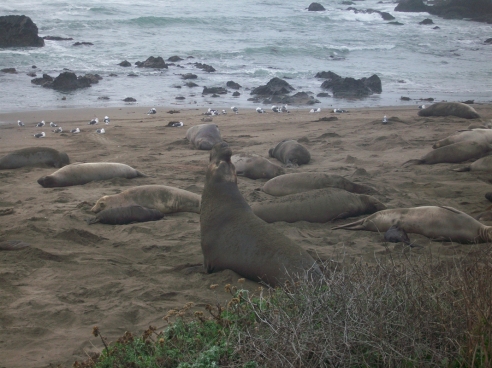 A mom nuzzling her pups

Rain comes to the desert.