A few other CHA shots I have to post. The first few are shots from a pen booth. A dress made from pen caps – ooh la la. Then a shot from the Provo Craft Party of Megan Nicolay (Generation T) and Mark Montano (Big Ass Book of Crafts)  both of whom have new books out. I had to take a shot of Sarah Moore of CraftCritique tote bag covered in cool buttons. There is a shot of me chatting it up with Gabi from CraftWell, one of me and my mixology buddy Erin Basset of creativitE and a shot of me with the Queen of crafts herself Aleene of Aleene’s Original Tacky Glue! What fun we had!

Dress made from Ink pens and pen caps

Close up of the pen cap dress 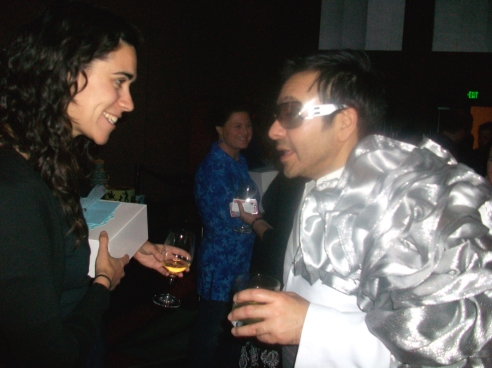 Me with the Gabi from Craftwell

Check out this cutie at a paper company booth - her heels had hearts on them! Cute stuff!

me with erin bassett from creativitE 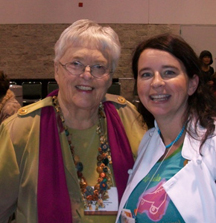 Me with Queen of Craft - Aleene of Aleene's Tacky Glue

One thought on “Craft Celebs and other cuties”